More topics in this section

The RAA is committed to supporting NSW farmers to become more resilient and better prepared for seasonal challenges. See how our financial assistance has helped farmers improve productivity, profitability and viability of their farm businesses in these case studies.

Fountaindale Farms sits alongside the Bellingen River near the small town of Raleigh, just south of Coffs Harbour. It’s a pasture dairy farm, milking approximately 340 jerseys in a 48-stand rotary. Owned and operated by Brad and Ellie Winzer since 2019, with the support of their family, Fountaindale Farms aims to supply premium milk and has a strong focus on animal health and quality pastures.

Brad and Ellie's farm has been hit hard over recent years, with two unseasonably wet Summers causing the Bellingen River to flood, damaging and destroying pastures and fodder, subsequently causing a decline in milk production.

“This year has been relentless and has made it awfully hard, putting us months and months behind,” said Brad. “The assistance we received from the RAA has helped, but there’s still a long way to go until we have fully recovered and we’re back in full production.”

Oyster Farming couple Katie and Craig Russell live their lives to the tune of the tide, so when the storm waters flooded in and just kept rising, they knew they were in for a tough time and had a huge recovery ahead.

A major benefit to the Russells of receiving this grant will be the purchasing of spat to rebuild their oyster population.

“This is going to help us build in the future. We lost all our babies, so that’s 3 years gone but we’re going to buy spat with some of the funds,” said Katie.

“It would have been a much slower rebuilding process and extremely hard and stressful without the grant.” 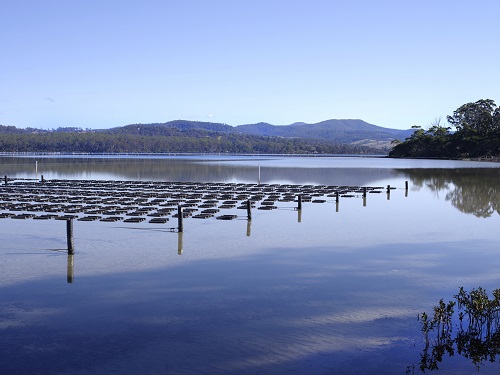 While there is no guarantee that drought won’t have an impact in the future, the funding has been integral in allowing continued livestock and cropping production alongside long-term environmental benefits.” -  Sandra Winsor, Gulargambone Cattle Farmer

Ben and Louise Dal Broi own and operate a crop farming enterprise where they primarily produce cotton, wheat and canola on their property in Benerembah, just outside of Griffith in the Murrumbidgee.

Over the years Ben and Louise have accessed the Farm Innovation Fund on two occasions, which allowed them to finance significant infrastructure projects that would otherwise have been delayed.

A benefit to future income and future efficiency

Solar success in the Mallee